2 weeks ago
Who gets believed: Abuse in mental health services (NSUN Report)
4 weeks ago
Big Change in 2023.. a new website.. we’re downsizing!
4 weeks ago
INQUEST Project Update: ‘Unlocking the Truth for 40 Years’
1 month ago
New BBC Radio 4 Broadcast: What Happened to Ricky Reel?

More in All News:

Thanks to our dedicated volunteer team and input from other parties, we have added new case profiles to the website.

Our broad purpose is to provide a one-stop-resource for profiles, news, and event details, useful information, appeals, and more in relation to deaths and abuse whilst in custody; including the death penalty, other injustices and human rights abuses in the UK and internationally.

Please Note: Not all cases listed here occurred recently. We are continuously adding to profiles featured on this website. 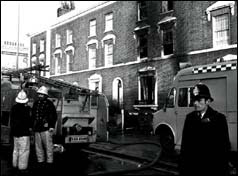 The New Cross Fire was a devastating house fire which killed 13 young black people during a birthday party in New Cross, southeast London on Sunday January 18, 1981. The black community were shocked by the indifference of the white population, and accused the London Metropolitan Police of covering up the cause, which they suspected was an arson attack motivated by racism; the protests arising out of the fire led to a mobilisation of black political activity.

Jack Alderman
Reprieve is deeply saddened by the execution of Jack Alderman. Jack, who was the longest serving death row prisoner in the United States, had been on Georgia’s death row for over 33 years. Jack always maintained his innocence. In addition, his neighbour John Brown, a known drug addict and alcoholic, confessed to the murder of Jack’s wife. There was no forensic evidence against Jack and he was only convicted as a result of statements provided by Brown. 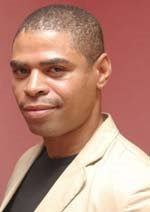 Sean Rigg
Sean died in custody on Thursday 21st August 2008 after police responded to reports that Mr Rigg’s behaviour was causing concern to members of the public in the Atkins Road area of Brixton in the UK. According to the Independent Police Complaints Commission (IPCC), Sean became ill while being held in the custody suite. An ambulance was called. While waiting for the ambulance, his condition deteriorated and he was given CPR. Sean was taken to King’s College Hospital, where he was pronounced dead at 9.24pm.

If you experience any errors with the form above Click Here to register!

Now stands at:
This is the number of case profiles, short profiles and tributes currently featured on this website. (See 'Cases' section).